Council’s vision for the redevelopment of $700 million worth of land along Brisbane River including Eagle Street Pier has been unveiled in its City Reach waterfront masterplan.

On the cards since 2014, the plans incorporate Dexus’ $2.1 billion precinct as well as 1.2 kilometres of waterfront between the city botanic gardens and the Howard Smith Wharves precinct. 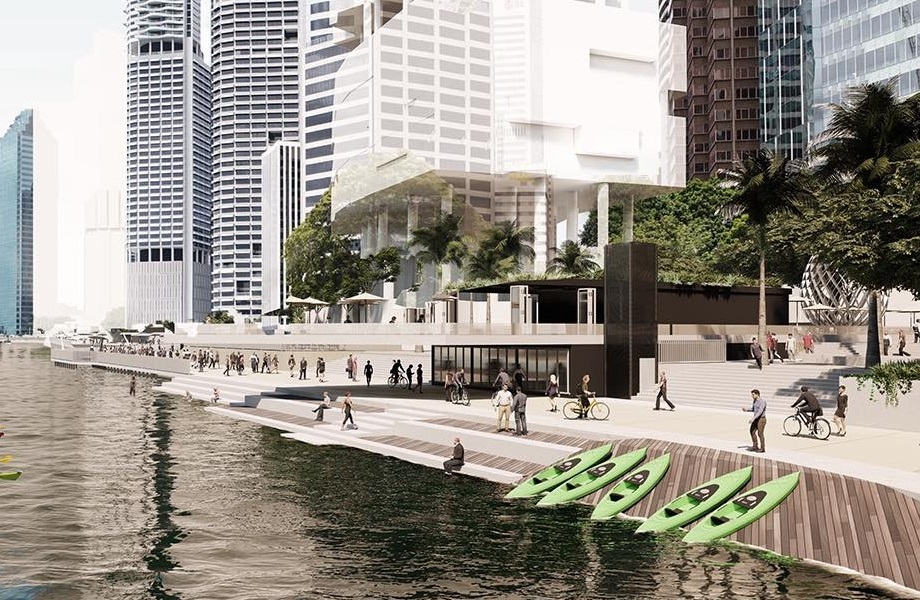 The masterplan is divided into three sections according to development potential, and includes a breakdown of the type of stakeholders—described as either “public sector” or “private sector”—best placed to take “leadership roles” in realising that potential.

The Port Office section, closest to the pedestrian bridge and botanic gardens was considered to have the highest development potential, with the private sector considered most likely to take a leading role in realising plans for subtropical landscaping, activity areas, seating and pedestrian connection.

The mid-area, or Customs House section, considered to have lesser development potential, was skewed towards the public sector and would be revamped to provide pedestrian access along the water and heritage buildings, upgrades for Admiralty Park and substantial public space.

Development at the Story Bridge end would be led by the public sector and had the lowest development potential of the three sections, so improved access was the main objective, between existing residential towers, the water, Howard Street and Arch Lane.

▲ The plans will transform the walkway along Brisbane River, incorporating 1.6 hectares of open space.

The plan was recently updated with improved access to the waterfront, more shade and greenery as well as initiatives to enable the private sector to contribute to delivering the project following community consultation, which resulted in 400 submissions.

“The waterfront contains a range of commercial, residential and lifestyle uses and is a core part of the ‘Golden Triangle’, the location of key commercial office towers in the city centre,” council said.

“The role of the waterfront as an integral part of Brisbane’s inner-city will intensify as a result of new major projects, including Queen’s Wharf Brisbane and the Waterfront Brisbane development.”

Dexus is expected start construction on the Eagle Street Pier development this year.

Plans for the development were lodged in June and the property group was appointed by the state government to conduct a feasibility study on upgrading the waterfront.

On the other side of the city botanical gardens is the $3.6 billion Queens Wharf development, led by The Star Entertainment Group alongside its Hong Kong-based partners, Chow Tai Fook Enterprises and Far East Consortium.