Ham Brothers’ plans to build two towers above a new cinema on Brisbane’s bayside are continuing despite initial delays and Covid.

The development application for 82-90 Berrima Street, Wynnum includes 66 apartments, a six-theatre cinema and cafe expected to be completed by 2021. It also has frontage on 73-75 Bride Street. 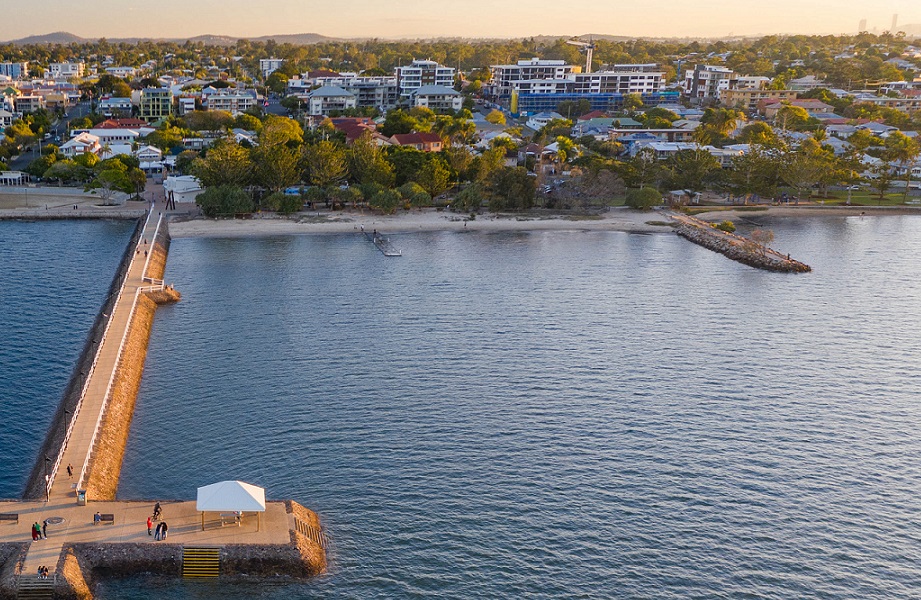 The Lato Baia application is already under construction by Hutchinson Builders.

Plans for the 2,835sq m site opposite Waterloo Bay Hotel were first submitted in 2017, with a number of amendments made over the years.

The latest amendment would add a pedestrian crossing near the site, amalgamate a couple of the units as well as ask council to consider reducing the road speed to 40km per hour.

▲ Ham Brothers’ development of Wynnum Cinema and apartments is located opposite Waterloo Bay Hotel who will also be the operator of the cinema complex.

The previously-approved plans include a mix of five one-bedroom, 52 two-bedroom, eight three-bedroom and one four-bedroom penthouse across the two buildings, as well as a two-level podium, cinema and rooftop terrace.

This development has sparked a lot of interest in the community, with 778 submissions made on the site including concerns over parking, land stability, noise and the creation of a second business precinct; as well as support for entertainment, tourist numbers, job opportunities and nightlife in the area.

The site is currently zoned for high-density residential and is surrounded by a number of developments including the Wynnum Plaza redevelopment by Shayher Group who are also behind the $1 billion mixed-use Brisbane Quarter development.

The Wynnum-Manly region was recently tipped as one of the best places for house price growth in Brisbane, however the impact of Covid could drop prices by 6 per cent by the second half of 2021.