Sydney-based developer St Hilliers has gained approval from the Independent Planning Commission for a $150 million, triple-tower development in Gosford.

The mixed-use Central Coast Quarter project comprises 295 residential apartments across two towers, a 183-room hotel as well as commercial and retail space on the lower levels. 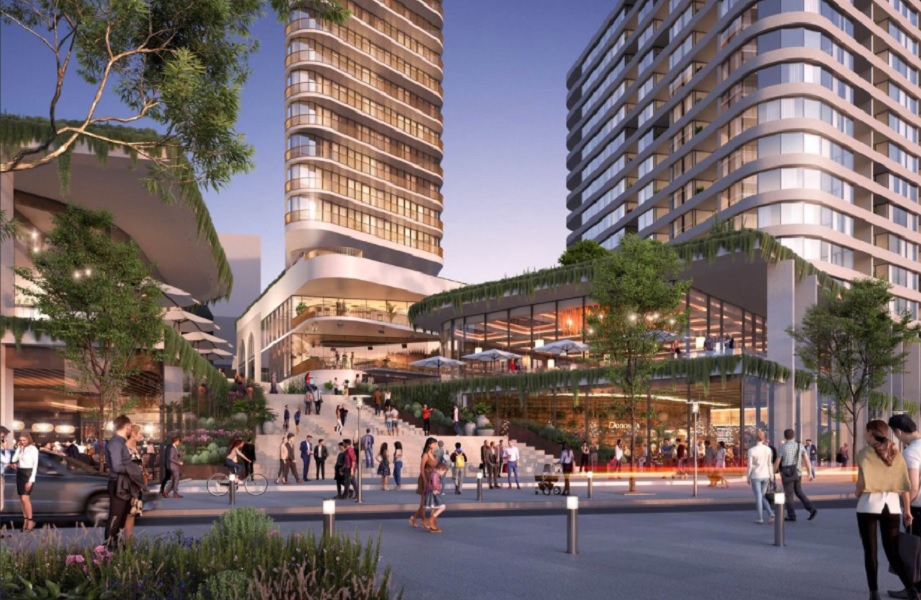 The 8,884sq m site at 32 Mann Street, Gosford opposite the rugby league field also has frontage on Baker Street.

The three DKO Architecture-designed towers, between 16 and 17-storeys (65-85 metres) in height, will be developed in three stages with completion expected in 2025.

St Hilliers has already constructed a $50 million commercial building on the site in 2019, anchored by NSW Department of Finance, Services and Innovation.

▲ St Hilliers has already commenced the Central Coast Quarter precinct with the construction of an A-Grade commercial building in 2019.

The site was formerly the home of Gosford Public School which was demolished in 2014 for the state government to create a business precinct.

In March 2019, Property NSW sold the property to St Hilliers, with the company then building the six-storey office building and first stage of the Central Coast Quarter.

Issues on the latest proposal were raised by council and the community about the design, height, scale and density of three towers, as well as the social and environmental impacts of the project.

Commissioners Chris Wilson (also the panel chair) and Wendy Lewin were appointed to consider the state-significant development application to make a determination.

The commissioners said that after careful consideration and a site tour with council and the local interest group they had decided to approve the concept plan.

“[S]ubject to a condition requiring a reduction in the amount of permissible gross floor area in the northern and southern part of the building envelope,” the commissioners said.

The measures will reduce the visual impact, bulk and overshadowing created by the development and expand through-site links while allowing an increase in on-site residential parking, according to the commission.

“These amendments are required to ensure that design excellence…and improved environmental and amenity outcomes can be achieved through future development applications.”

St Hilliers has a history of working with government, particularly on defence projects nationally as well as TAFE precincts, emergency service training facilities and schools.

The group has also developed as part of a joint venture the Thornton properties in North Penrith, the $400 million Living Carlton urban renewal project in Victoria as well as design and construction of the $72 million Mon Komo development in Redcliffe.

Earlier this year another project was approved on Mann Street, Gosford, a $133 million mixed-use residential tower for developer JMGM.