PRIME Minister Malcolm Turnbull will fly to the Gold Coast tomorrow to sign off on the second stage of the light rail, enabling the critical project to be completed before 2018.

The announcement will follow more than a year of campaigning by the Gold Coast Bulletin on behalf of readers, who repeatedly expressed their overwhelming support for connection of the tram line to the heavy rail system.

More than 82 per cent of locals rated the project as their highest priority for the city in two surveys commissioned by the Bulletin in July this year and 12 months ago. Bowing to weeks of public pressure lead by the Bulletin, the State Government made the project a priority, lobbying the Federal Government to contribute funding with the State and Council to get it off the ground.

While former Prime Minister Tony Abbott was steadfast in his refusal to help, Mr Turnbull is a long-time light rail supporter and the State last week opened the tender process ahead of an expected funding deal.

Member for Moncrieff Steve Ciobo confirmed the new PM would visit the city for “an announcement”, but could not provide details.

However, the Bulletin understands Mr Turnbull will confirm a Federal funding agreement of the project which was struck with the State Government yesterday.

“Malcolm Turnbull has long had a strong affection for the Gold Coast and this visit underscores the value he places on our city.

“I’m pleased that the Prime Minister should be in a position to make an announcement on Sunday, the details of which we’ll have to wait until Sunday for, but I’m informed it will be great news for our city.” 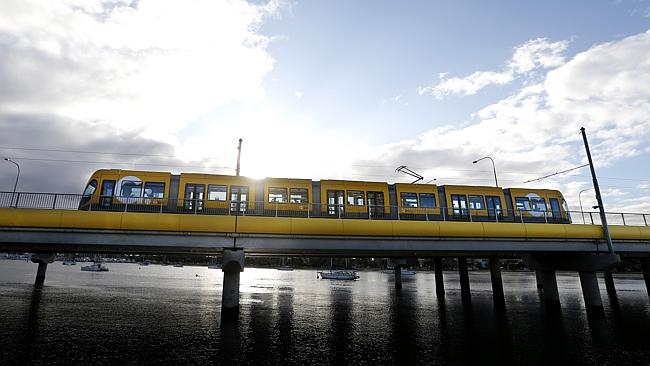 Mr Ciobo said a visit from the Mr Turnbull so soon after his ascension to the top office was testament to the dedication of local coalition MPs.

He said Mr Turnbull would spend a good part of the day in the city.

“The Prime Minister will have the opportunity to mix and mingle with a lot of local Gold Coasters and share their excitement about being on the Coast and also some of the challenges our city faces.”